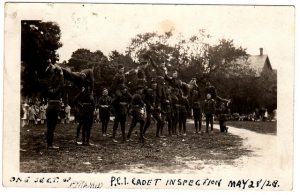 Shortly after 2677’s formation, on November 28, 1962, 607 Pembroke Collegiate & Vocational Institute Cadet Corps disbanded. Cadets from 607 would have transferred to 2677. 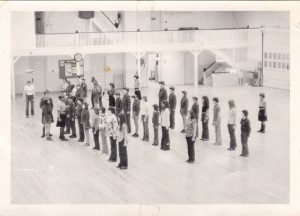 In 1973, command of the cadet corps was handed over to Captain Ed Gaudet, followed by Captain Wanda Lavergne in 1977. It was during the 1970's that female teenagers could officially start joining cadets. 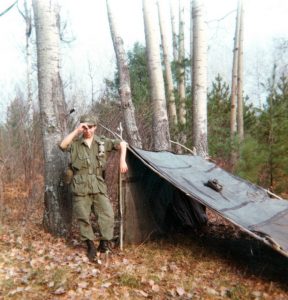 On 1 September 1978, the Royal Canadian Legion, Branch 72 of Pembroke assumed the role as the primary sponsor of the cadet corps. The Corps paraded Tuesday evenings until September 1979 at which the parade night was changed to Monday evenings. 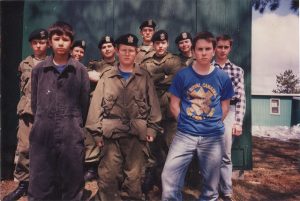 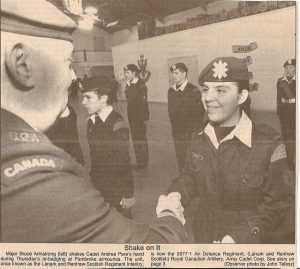 During the late 1990’s the Corps returned its parade nights to Tuesday evenings. During this time as well, the cadet corps was temporary relocated to Laurentian Public School (now École elementaire et secondaire publique l’Équinoxe) due to substantial renovations taking place within the armoury. By 1997, Captain George Hodgkinson took command for one year of the cadet corps. In September of 1998, Captain Anne Wilson was appointed Commanding Officer. 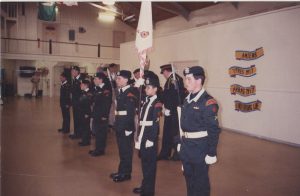 In February of 2006, Captain Bonnie Meek accepted the position of Commanding Officer and transferred to 2677 to assume command. Later in the autumn of 2006, the Regiment’s name was changed to 42nd Field Regiment (Lanark & Renfrew Scottish), Royal Canadian Artillery, and the cadet corps followed suit. 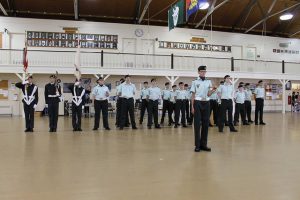 In 2010 as part of a restructuring initiative in Central Region, 2677 was reassigned to the Northern Ontario Area (NOA) Detachment in CFB North Bay, from the Eastern Ontario Area (EOA) Detachment in CFB Trenton. In June of 2011, after five years of command, Captain Meek transferred the position to Captain Andrew Bing. That same year, 2677 celebrated it's 50th Anniversary. A mess dinner was held at the Pembroke Legion, with former Commanding Officer's such as Captain Tobio and Captain Lavergne attending. In April 2013, Captain Meek accepted a second term as Commanding Officer. 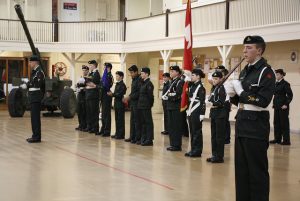 In 2016 the Corps celebrated its 55th anniversary and the 100th year of  training for Army Cadets in Pembroke. During the 2016-2017 training year, the structure of the Canadian Cadet Organizations (CCO) changed as part of the “Renewal” initiative, with all cadet units being part of the newly formed National Cadet & Junior Canadian Rangers Support Group (Natl CJCR Sp Gp). In addition, Captain Meek transferred command to Captain Dylan Longpré (one of her previous Regimental Sergeant Majors at the cadet corps). 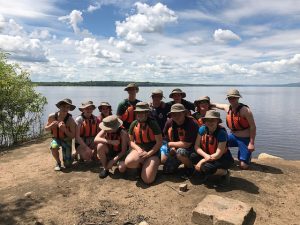